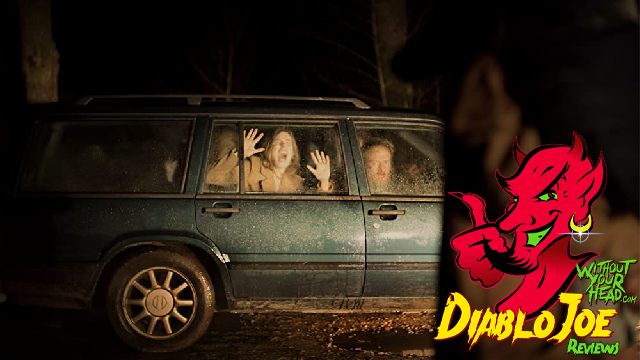 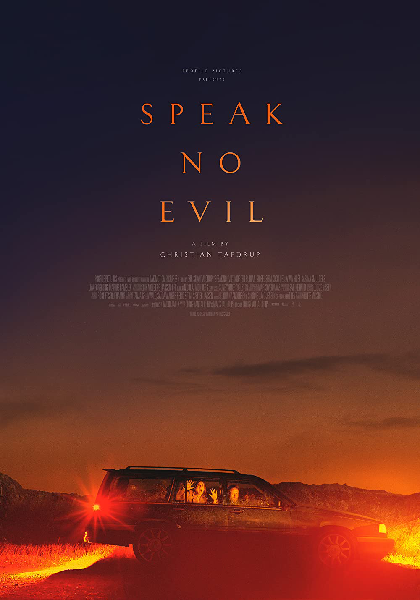 Horror films and cinematic thrillers are often viewed, by their fans, as a release. The catharsis of tension, scares, and shocks to the psyche are a way of exorcising some of the pressures and anxieties of our daily real lives. But sometimes, movies come along that don't fulfill that need. Not because they fail, but because they succeed so well at wrenching our soul that they leave us gasping for breath or, in the case of "Speak No Evil," so stunned that we've forgotten to breathe altogether.

A Danish family, husband and father Bjørn, wife and mother Louise, and their young child, Agnes, are on holiday abroad when they meet the charismatic Patrick and Karin, a Dutch couple also vacationing with their son Abel, a withdrawn, mute boy. Upon their return home, Bjørn and Louise receive an invitation to visit their new acquaintances in Holland. The family soon realizes their hosts are not as ideal as they had expected. The promise of an idyllic weekend away begins to unravel as Patrick and Karin make their guests feel anything but welcome and comfortable in their home.

Streaming soon on Shudder, "Speak No Evil" peels away at the layers of its revelations until nothing is left but its raw core. As uncomfortable as our Danish family becomes, director Christian Tafdrup unsettles his audience just as effectively. Patrick and Karin toy with their guests. Bjørn and Louise struggle to seem appreciative of the couple's hospitality, even as that generosity becomes increasingly awkward, inappropriate, and antagonistic. Forced to watch the pair vacillate between outrage and obsequiousness in the service of their hosts, Tafdrup succeeds in making us just as, if not more, uncomfortable.

“Speak No Evil” masterfully manipulates an all too human desire to think the best of people, especially when our first impressions are so positive. Simple things like ignoring dietary choices take on ever more unpleasant tones. At first, Patrick and Karin guilt and shame their guests, almost gaslighting them that they, not their hosts, are transgressors. But soon, it becomes apparent that something is deeply wrong. What should be a fun, playful evening of dance performance from Agnes and Abel quickly devolves into cruelty as Patrick viciously berates his poor son. When Bjørn discovers the couple's terrifying intent for the family, every fear we, the audience, have had up to that point is moot by comparison. And as the film hurtles toward its conclusion, Tafdrup never lets up on the tension, dread, and anxiety.

As Patrick and Karin, Dutch actors Fedja van Huêt and Karina Smulders perfectly balance the push and pull that their roles require. They deftly convince us that their characters could draw a couple like Bjørn and Louise into their manipulative sphere. But the film hinges upon the performances of its protagonists. Morten Burian's Bjørn could easily have been meek and overly timid. Though his character struggles not to offend his hosts, Burian never allows him to become emasculated. Particularly impressive is Sidsel Siem Koch, imbuing Louise with a maternal intelligence writ clearly upon her striking and expressive features. Through their fine performances, the audience understands Bjørn and Louise's poor choices that damn their situation, even as we regret them.

In the end, “Speak No Evil” possesses perhaps one of the bleaker conclusions since George Sluizer’s harrowingly tragic 1988 thriller “The Vanishing.” Just as Patrick and Karin manipulate their victims as ruthlessly as that film’s antagonist, Raymond Lemorne, does with distraught and desperate husband Rex, here, director Christian Tafdrup toys with our emotions and nerves just as relentlessly. The result is a film to be reckoned with by a filmmaker who refuses to pull any punches in giving his audience a film that is dark, uncompromising, and simply unforgettable.

This devil of a reviewer gives “Speak No Evil” 4.5 out of 5 imps