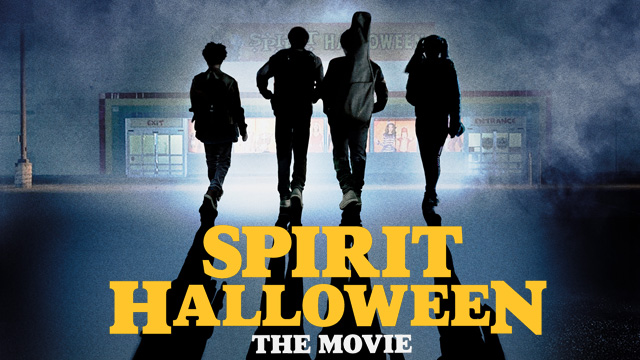 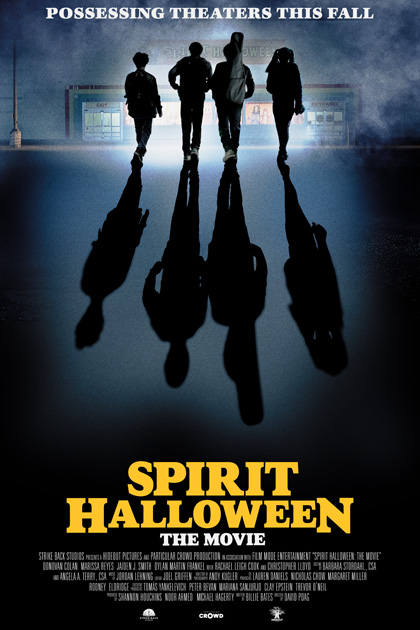 Full disclosure, I spent three seasons as a manager for Spirit Halloween. I was very excited to see this film, as I still very much enjoy the brand. Going into this, I had very genuine concerns that this film may just be a very long and expensive commercial.

The production value is very good for the most part with one unfortunate exception. It looks like a movie and only fails when it comes to the special effects. The film either used props from the Spirit catalogue, or very basic computer FX to simulate ghosts and magical powers. The end result is a film about Halloween with a very rudimentary presentation for all of the scary scenes. It’s something that could pass with a television film but definitely doesn’t cut it for a theatrical release. 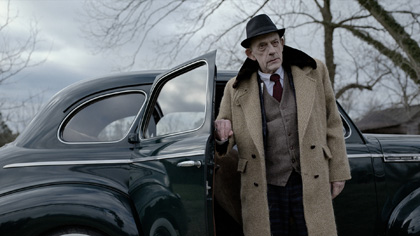 The films antagonist is Christopher Lloyd, whose performance will likely draw comparisons to Judge Doom. He is the highlight of this film, but regrettably you actually see very little of him, as his voice is in the film longer than he is. I wanted to see more of him, and I wanted him to be less comical and more scary. Something balanced much better in Roger Rabbit,

The cast is rounded out most notably by appearances from Rachael Leigh Cook and Marla Gibbs, the rest of the cast including the young stars are less familiar names. My initial concerns were somewhat founded, as the film does act as a continuous sequence of product placements, but there is a story too. The films plot is a patchwork of homages to classic 80’s films. Many boxes have been checked off, including popular tropes from Steven Spielberg films like families with father issues. One protagonist has an absentee father, the other has lost his father and is struggling to accept his step father and new sister. 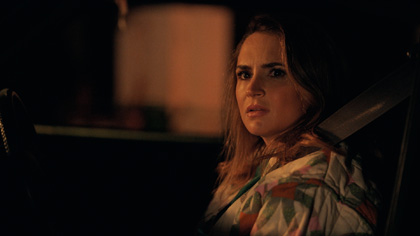 The film stars young middle school aged teens. And with that in mind, it tackles such popular subjects as teen romance. Teens coming of age, embracing puberty, and transitioning into adulthood are all explored in this film. It’s just not done very well, and in the end it comes off somewhat like a poorly acted episode of Goosebumps. The scenes where Donavan Colan’s Jake is struggling to process his love for his friends sister Kate, played by Marissa Reyes, are awkward and painful to watch. Jake loves Halloween and similar to the plot of later episodes of Stranger things he doesn’t want to mature out of things he enjoyed as a child. The film really tries to drive home that there is this stereotype that trick or treating and Halloween is just for kids. Carson, played by Dylan Martin Frankel, struggles with this the most, and their friend Bo just goes along with everything,

Bo is, perhaps, the biggest mistake of the film. I’m going to limit how much I say to avoid spoilers, but, there is a whole undeveloped sub plot that Bo should have been in the story for. However, after making that part of the story a very important part of the film, his role in it is completely unexplored. It’s like the writers just forgot. I know from seeing films like IT that child actors can deliver a solid performance in a horror film, but in this film their line delivery was at times beyond atrocious. There is a key scene between Jake and Carson which needs to be done very well, as it’s a major part of the story, and each actor delivers their performance like they are reading off cue cards. 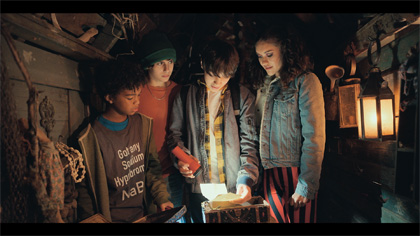 Although adults enjoy both Halloween and Spirit Halloween, the target demographic for this film is about 12 or 13 year old boys. If you are looking for either a scary film or something that might interest anyone over 13 or 14, you probably won’t enjoy this film much. The story and acting is just not the same as Goonies or Monster Squad, where someone my age might enjoy watching a film starring children. A person of any age who loves Spirit Halloween may still enjoy this film, but it doesn’t deliver a performance anywhere near the two aforementioned films. Spirit Halloween is a great idea that just doesn’t hit its full potential, and fails to deliver a story that people of all ages will enjoy as much as the various films it draws homages from.