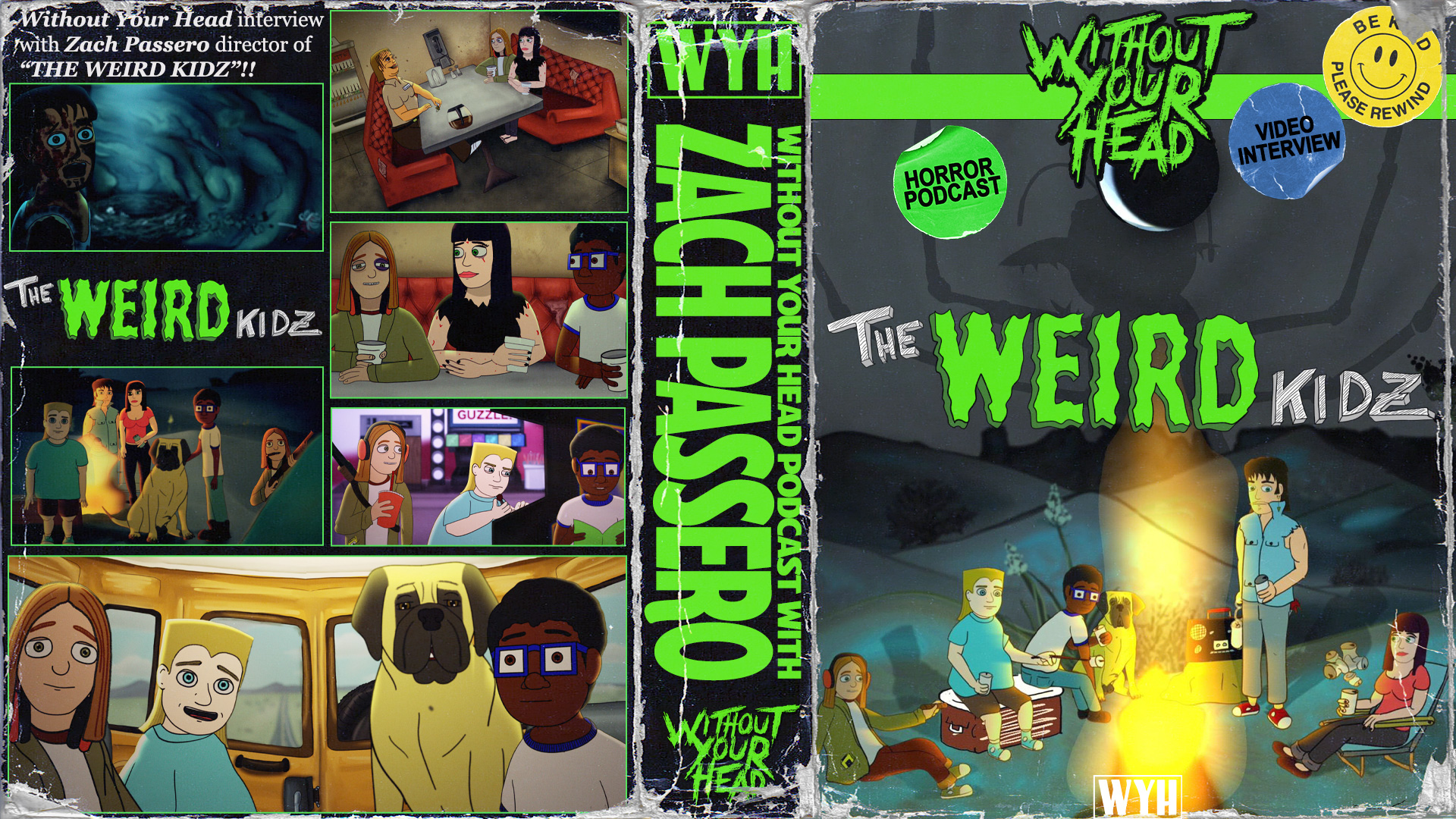 Without Your Head Horror Video-Podcast interview with "The Weird Kidz" director Zach Passero!


A NOTE FROM DIRECTOR ZACH PASSERO AHEAD OF HIS WORLD PREMIERE:­

"For the past week since finishing up THE WEIRD KIDZ, I have been shell-shocked. My nearly decade-long journey with this film (inception, screenplay writing, voice recording, animating, animating, animating) has come to an end; and I quite honestly…I don’t know what to do with myself.

I cannot believe that I am here, about to share THE WEIRD KIDZ with audiences.

I’ve been thinking a lot about what made me want to set forth on this crazy undertaking. The story for the Kidz’ adventure started forming when my wife and creating partner, Hannah, got pregnant with our first child. I began to imagine explaining to our new little one what things were like when I grew up.

That is how THE WEIRD KIDZ was born."


Synopsis:
Zach Passero’s animated feature film debut is a labor of love, eight years in the making. Written and single-handedly animated by Passero, THE WEIRD KIDZ is a horror-inflected creature feature and an ode to '80s coming-of-age films and favorite late night cinema tales. When three pre-teen boys and an older brother and his girlfriend take off for a weekend campout, none of them could imagine the horrors (and laughs) awaiting them in a remote desert inhabited by a legendary night creature and crazed townfolk. Puberty and adventure await…along with terror, amputations and midnight cult rituals!

Producer: Lucky Mckee (May, The Woman)

Thanks to Fangoria for supporting the podcast. Subscribe today!
Shop Fangoria Subscriptions!

Tracks for this podcast -
Original theme by The Tomb of Nick Cage !
"Dark Magic" closing track by music of the month Sam Haynes!
samhaynes1.bandcamp.com