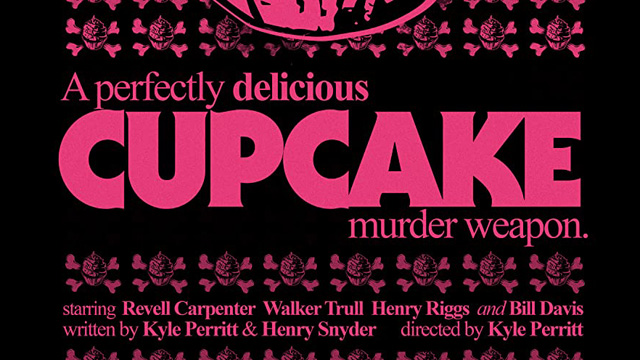 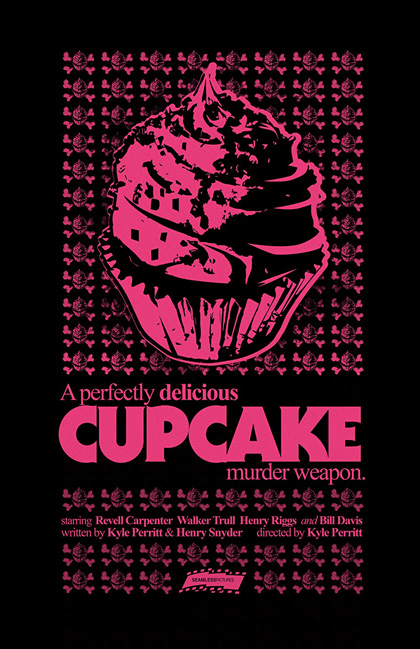 Synopsis: “Amateur murderers Paul and Lucy find themselves on the run in the southern marshlands with some peculiar cargo: A dead body and a mysterious batch of delicious looking baked goods. When they arrive at a secluded rental home to lay low, their eccentric landlord only complicates matters more.”

Cupcake is a film that cuts right to the chase; immediately opening on our two lovers Paul and Lucy in quite a pickle. It appears that their poor friend Lewis doesn’t read directions well and could not resist the delicious, and apparently poisonous, cupcakes made for Lucy’s boyfriend. It’s a fun short film that follows their attempt to cover up their bumbled up plan as it snowballs out of control. Ah, isn’t that how it usually goes: the best laid plans often go awry…

Although the acting does feel a bit rehearsed, the dialogue execution fumbling at times, the story is quirky enough to push it past the slightly forced acting feel. In fact, to me the highlight of this film was the juxtaposition of Henry Riggs revealing his passion for pursuing the non-fiction crime genre; completely oblivious to the landlord visibly having an extended visceral death in the house behind them. The irony was hilarious and well executed.

Speaking of that landlord’s death…this short film seemed to be motivated by showcasing the incredible talent of their special effects department. The elaborately gory death scene from eating one small cupcake was quite gruesome and a solid contrast to the discomfort felt by Paul and Jeff’s awkward behavior.

In terms of character development the film definitely has fun with assumptions and expectations. Although Lucy and Paul have a natural chemistry and are endearing at first; we find that Jeff is really not that bad to begin with so the idea of them going through these lengths to murder him is actually pretty awful. The writers show us a perverted and intrusive side of the landlord to soften the blow of his gruesome demise; yet his death is still completely unwarranted. As an audience we find ourselves slowly understanding who the real monsters are in this film: Lucy and Paul.

This is a fun short film and if you have time to kill (pun intended) I say give it a go. In the end, you might find yourself asking the same thing I did, “All this mess caused by a tiny little treat?”