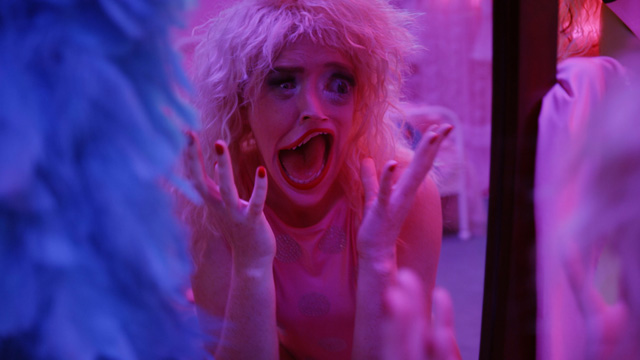 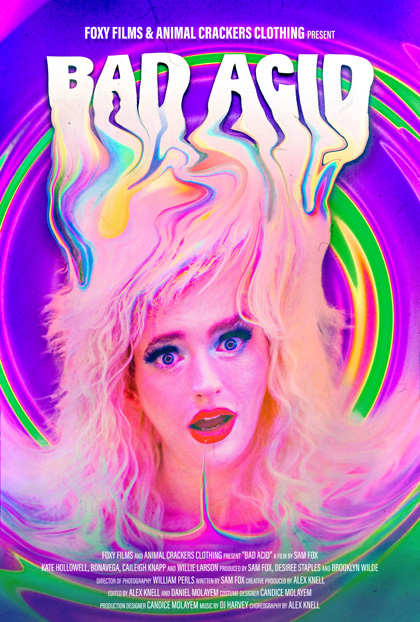 Synopsis: “Sheila, is a self-obsessed aerobics fanatic who
accidentally ingests some toxic hair gel while doing her usual morning workout to Aerobisexy vol. 14, transporting her into the world of Aerobics Cult Leader John Flexi.” 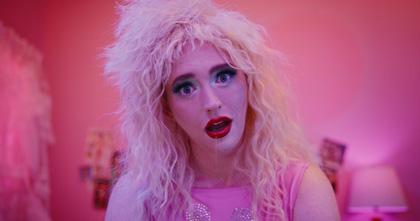 When I was asked to review this film I wasn’t sure what to expect. Being a child of the 80s, I found this short film pleasantly spot on. The filmmakers successfully captured the tone and memories of the borderline cult world of aerobics fitness. Bad Acid is a very tongue-in-cheek film in which they successfully packaged the vibes from an era where, “ego, fitness, and vanity” collided. 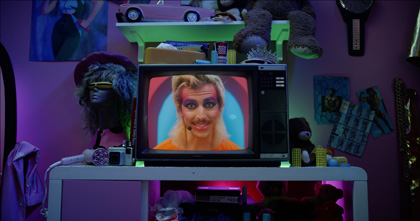 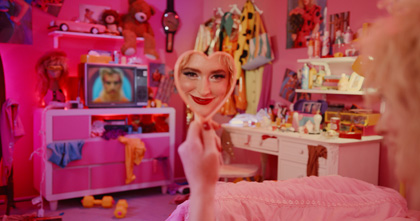 Intention is everything when delivering dialogue, and each and every one of our cast landed their lines with that decade flare of exaggeration in delivery that was extremely effective. Kudos to Branden Wilbarger for being able to repeatedly pelvic thrust, stare down the camera, and yet still manage complete believability. All of these characters are over the top, but they are supposed to be and I love it. We go from vanity and bubblegum to quickly spiraling into an aerobic world of madness. What causes this bad acid trip? None other than our beloved toxic hair product! The irony of it is not lost on me… 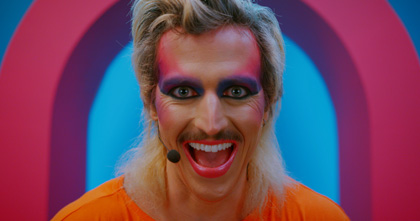 Although this film is a collaboration predominantly meant to showcase the upcoming clothing line from Animal Crackers Clothing, it was so well executed that it stands alone as a fun short film. Bad Acid is a wonderful nod to the world of fitness and vanity of the 80s. The filmmakers found the balance between satire and disturbia. With that said, if you weren’t around in the 80s, this may not land so well and resonate with you as a viewer. Trust me though, watch a few 80s mainstream films and aerobics commercials and you will get it. Those that were around…press play and prepare to feel the nostalgia, humor, and horror intertwine into a neon world of cleverness. 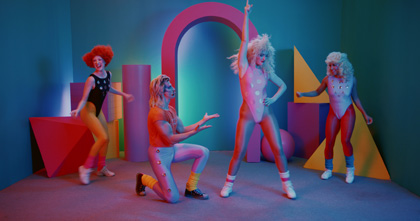 Also, do yourself a favor and stick around for the choreography during the credits. Trust me, you won’t regret it…For this 80s baby, I found Bad Acid totally bitchin’! 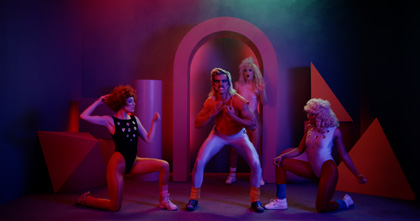