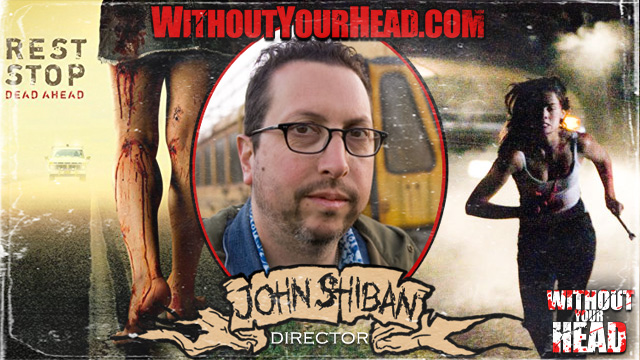 Writer and producer of Rest Stop: Don't Look Back, John Shiban. We talked about the first and 2nd film, the Winnebago family, the mythology of the driver, his thoughts on real ghosts, the look of the film and much more.

Rest Stop: Don't Look Back will be available on DVD and Blu Ray September 30th.

In the post interview we were joined once again by Astro Creep for the Newscreep segment. We went over planned horror movie remakes and musicals plus a whole lot more. Listen now !!!

Seems to be some problem with the file, doesn't play.