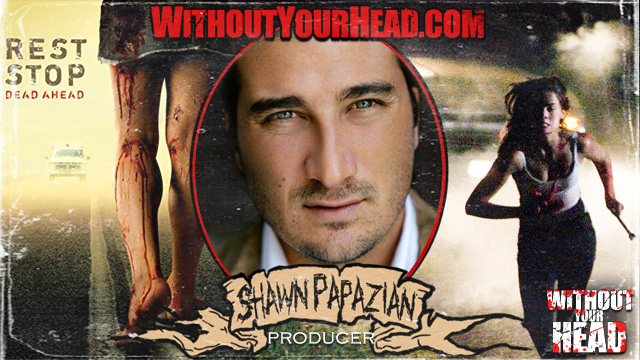 Director of Rest Stop: Don't Look Back, Shawn Papazian. We talked about the first and 2nd film, the Winnebago family, the movies that influenced him, his thoughts on real ghosts, the look of the film, the commentary tracks, the innovative website, alternate endings, the real life romance on set, the special lenses he used in filming and much more.

Rest Stop: Don't Look Back is available on DVD and Blu Ray now.

In the preshow we talked about Midnight Meat Train, The Happening, Feast II, Jack Brooks Monster Slayer and in the post interview we were joined once again by Astro Creep for the Newscreep segment. Listen now !!!