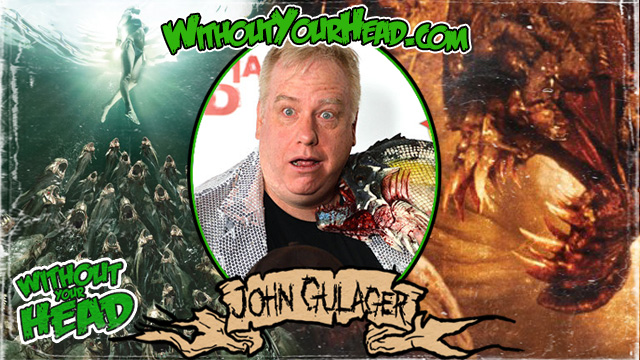 It was new Monster Movie night on WYH as we interviewed 2 directors of recent monster films.

In the preshow we talked about some new DVD's such as Zombie Strippers, Jack Brooks and Feast II. We also let everyone know about our give away where you can win both a poster signed by Tomas Alfredson (director of Let the Right One In) and the English adaption of the Swedish best-selling novel!! Please email withoutyourhead@hotmail.com with your name and address to enter to win.

In the first interview we talked to Jon Knuatz, director of "Jack Brooks Monster Slayer". We talked about working with Robert Englund, finishing his first feature film, using real special effects not CGI, the monsters, his favorite films and much more.

In the 2nd interview we talked to John Gulager of Feast & Feast II Sloppy Seconds, both available now on DVD. This was one of the crazier interviews in WYH history. We talked about Monster "junk", midgets, naked biker chicks, directing his father, lobsters, finishing Feast III and so much more I don't want to give away so listen now !!!