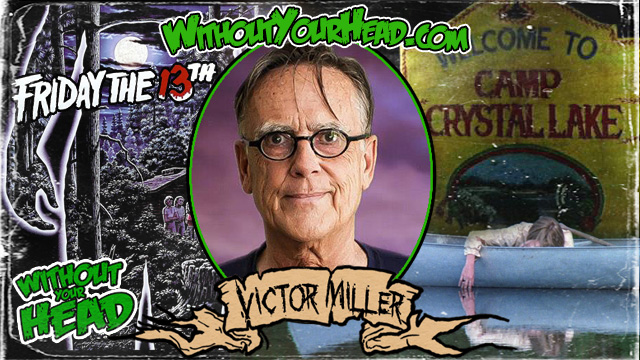 Victor Miller author of the original Friday the 13th

Author of the original Friday the 13th Victor Miller. We talked all about Friday the 13th, the sequels, the characters, the remake/sequel the famous jingle and much more.

Also be sure to check out:

In the post show we were joined by Astrocreep for the Newscreep segment. We went over the new Freddy Krueger, planned Last House on the Left remake, 2 new zombie films from Romero, the influx of faggy vampires in movies and TV, Dance of the Dead on DVD, Heath Ledger's last role, Ben Stein's terrible documentary and so much more !! Check it out kiddies !!!

nice interview, but what's the deal with the rustling/smacking?!

Troy was having some issues with his mic, that's why he muted it later in the interview.