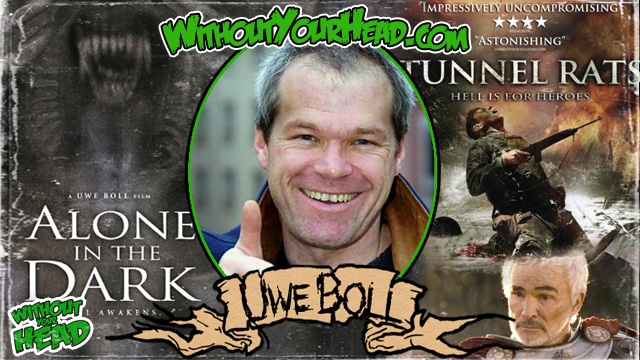 Director Uwe Boll who went over his new film Tunnel Rats. We talked about the unique character creation of the movie, the gritty realism, the building of the tunnels and much more.

In the rest of the show we went over the of the last few weeks. Including reboots of the Alien and Predator films, a planned remake of Bride of Frankenstein, True Blood Season 2, Dexter's upcoming 4th season and much more. We talk about the passing of legends Michael Jackson, Farah Fawcett and David Carradine. We also had a deep discussion over women dressed as cats and if mermaids and centaurs having sexual encounters with people is bestiality ?!?! Listen and learn kiddies !!!