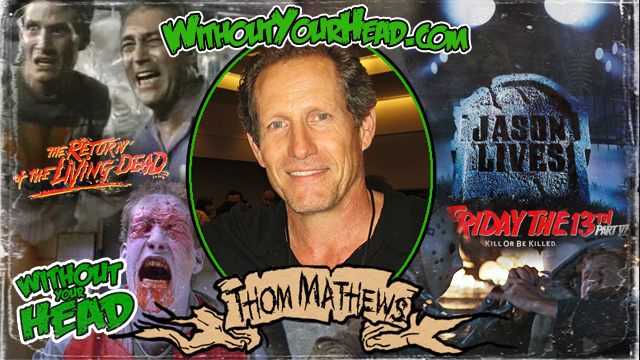 Thom Mathews of Return of the Living Dead

Thom Mathews. Topics included:
- Return of the Living Dead and it's staying power
- Working with Dan O'Bannon, Clu Gulager, Don Calfa, Beverly Randolph, Brian Peck, James Calfa and the rest of the cast
- The midget zombie
- The "Brains" line from ROTLD, and the reasoning why the zombies ate brains
- A possible direct sequel/reboot of the franchise
- Tommy Jarvis role in Friday the 13th part VI
- filming ROTLD twice, once for R rated and one for the TV version

- Tons more including appearances for some upcoming conventions including:

In the opening we opened the Cauldren of Questions with Nasty Neal, Jittery John and Terrible Troy.