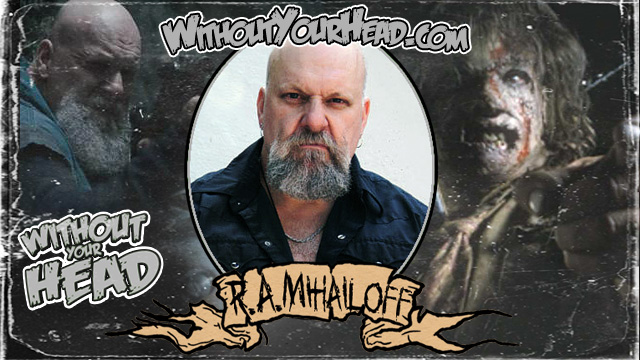 MP3 Version
We opened the show with R.A. Mihailoff for an awesome 2 hour interview covering:
- Getting the role of Leatherface in Texas Chainsaw Massacre III
- His contract involving sequels
- The original TCM and part 2
- The silver Excalibur-esque Chainsaw
- Working with Vigo Mortenson, Jeff Burr, Kate Hodge and Ken Foree
- The big battle scene
- Talks of unmasking in TCM 3
- Gore, death scenes and so much more from the making of TCM 3
- His upcoming role in Hatchet 2
- How he got the role
- Working with Kane Hodder on and off screen
- Working with director Adam Green
- The big finale fight scene between his character and Victor Crowley
- Tony Todd in Hatchet 2
- The return of the Battle questions
- The Hollywood Ghost Hunters and tons more so check it out kiddies !!
- Check out these sites while you're at it:
http://www.hatchet2.com/
http://www.hollywoodghosthunters.com/

In the post show Nasty Neal, Terrible Troy and Jittery John took some questions from the chat and talked some current news including:
- Favorite horror video games
- Video games turned into film
- Piranha 3D and how much we want to see it
- Ving Rhames current interview promoting Piranha 3D
- 2010 Moby Dick and the killer whale
- Vampires Suck
- Other random goodness !!

Quit your reading and listen now !!