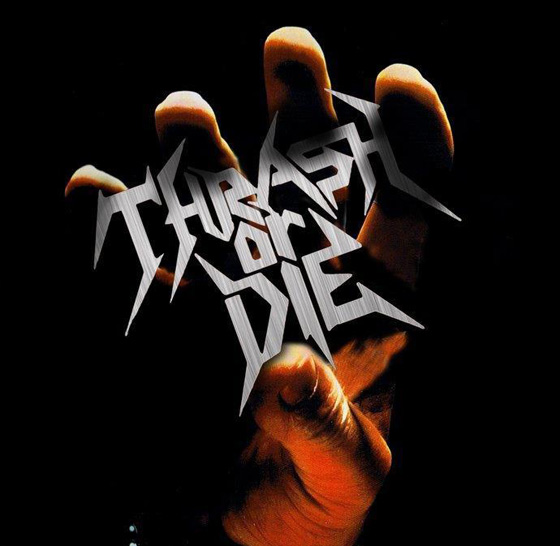 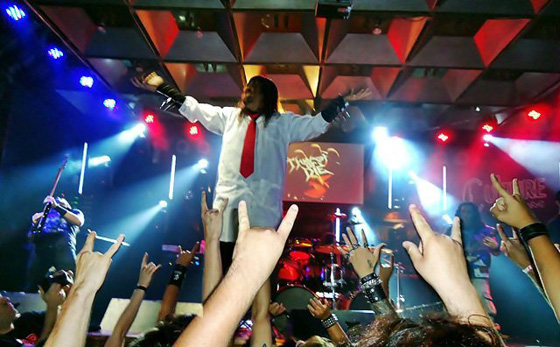 Oddly enough, in the midst of chaos, Dr. Fukk saved Hellvomit Sodomizer from a very dangerous situation and even ceased the opportunity to threaten his life. This unsuspected turn in the pages of history then created a very strong allegiance between the former rivals. Quickly did they begin writing songs, and teamed up with other local musicians who were as hungry for the Thrash as they were.

Unfortunately, not too long after the songwriting process did some squad of aliens decide to invade earth. They captured several former members of the band, but luckily, all members were replaced after the aliens went back out in to space somewhere, thus; making Thrash or Die stronger than ever!

The band is currently promoting their debut album, Poser Holocaust, full of soon to be Thrashterpieces. There is only one problem... a horrible zombie manifestation has invaded the little Cuban town of Hialeah, and the members of Thrash or Die have all been rumored of being infected. Only you can help find the antidote by spreading the word of Thrash or Die by going out to the local shows, buying their stuff and telling everyone about them! Spread the word like the virus, start up a circle pit and bang your heads before it's too late!!!!"