Review of "Teenage Ghost Punk" by The Headless Critic 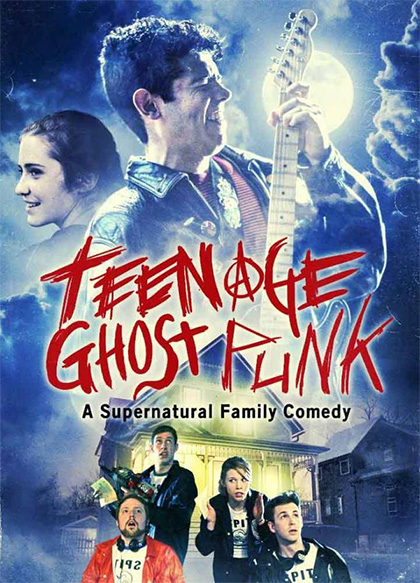 When a family moves into their new home, little did they know they were going to be haunted by a Teenage Ghost Punk rocker. If it’s name didn’t give it away, this isn’t a horror movie. Made more for tweens I’m guessing. It would be difficult for any adult to enjoy this. Then again, this reviewer doesn’t have kids. Maybe this is what all you parents out there are watching.

Here’s a biased review from an adult, for a movie not made for my age group. Not a horror movie in any sense of the word. If I had to classify this, I would label it a Halloween themed spoof, made for kids. It came across looking like a tv episode from Nickelodeon, the Disney Channel or ABC Family. Even if you’re thinking of getting Teenage Ghost Punk for your kids, be warned that this may be hard to sit through with them.

With comedy that’s pretty far over the top, I guess I could understand an argument that this movie is comparable to 1985’s The Heavenly Kid. For some reason it also reminds me a bit of 1988’s Earth Girl’s Are Easy. That could just be the resemblance I saw between our lead male ghost punk rocker Brian played by Jack Cramer and actor Jeff Goldbum. The similarities end in their resemblance and doesn’t transfer over to their acting abilities. Though I’m sure Jack Cramer resembles Teenage Ghost Punk writer/director Mike Cramer more since they share the same surname.

Maybe it’s my age that I just don’t find this the same quality of movie and the aforementioned 1980’s fair. This may be something your kids might like but this one's not for horror fans or even adults.