Watching Movies - The Creature Below

Review of "The Creature Below" by The Headless Critic 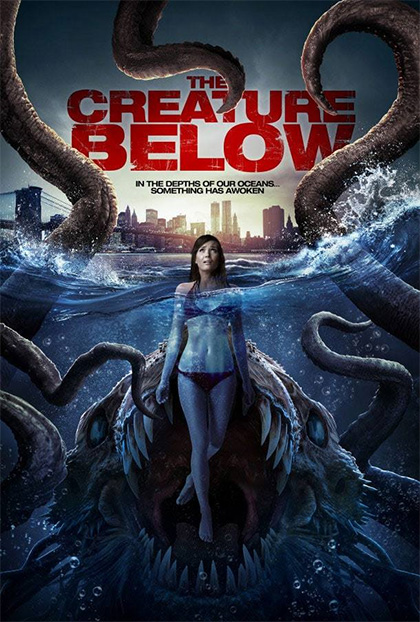 The movie begins with a frightened young woman sitting on the floor in a darkened room. She flicks her lighter on for that little bit of visibility as something circles her. Each time her lighter goes out she flicks it back on and the thing circling her, gets closer and closer. It’s an intense scene that draws you into the film. With the final flick of her lighter the creature moves in and it’s horribly computer animated. Which completely took me out of the scene. I immediately went on the offense of wanting to hate this movie. I know there’s a fan base for what I can only call SyFy movies. That fans base doesn’t include me. Luckily the bad animation was mostly in the beginning of the film.

The acting, cinematography and overall story of the film are fine. Some performances better than others. Some scenes shot better than others. Overall it was done alright besides bad animation. There’s shades of Christine in the relationship between Olive and the creature. Similar to Arnie’s path to crazy with his beloved car Christine. I also see a bit of the Blob in the way the creature attacking was shot. There’s several times it pulls you into intense scenes like the aforementioned opening. My personal favorite was of our female lead Olive played by Anna Dawson. She feeds the creature, cradling it like a baby as blood drips to the floor. That scene was very simple but also horror movie magic.

There’s good and bad in this as there is with all cinema. It definitely loses some points with me for it’s awful animation. It could have been a little more solid it how it was put together as well. If you decide to watch this low budget creature feature, stay past the horrible CG. There’s a couple of excellent, blood feeding, body ripping apart scenes worth sticking around for.