Review of "Without Name" by The Headless Critic 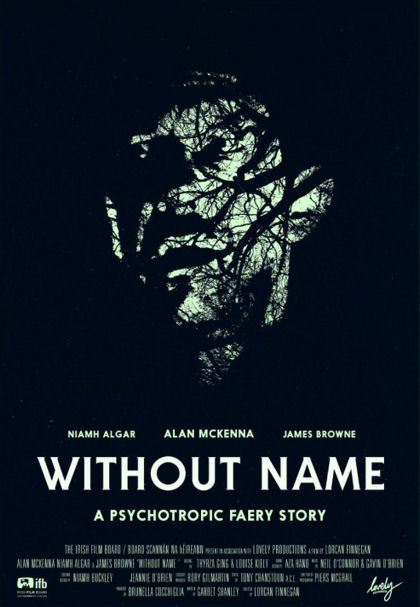 A long mellow trip into psychedelic madness. Eric (Alan McKenna) is a land surveyor sent deep into Ireland’s most ancient forest. He becomes obsessed with a journal found in the cottage he’s staying at, and with the writer who thought the trees were trying to communicate with him. The longer Eric spends time alone in the woods, the more he questions his own reality. He’s joined by his colleague and love affair Olivia (Niamh Algar), but is she there in time to keep him from slipping into madness? Or is everything he’s been experiencing real?

An extremely slow burning film, Without Name utilizes that to build a questioning suspense. It teeters between the supernatural environment and the mouth of madness. Beautiful cinematography of the creepy ancient forest sets an unsettling tone. The small casts’ realistic performances are simple but layered just as deep as the film. It’s an excellent way to make a low budget movie with studio quality production values. The dialogue teases at more than what is shown. The slow pace and unfocused story lends to the questioning suspense of the film but leaves you wanting a little more than is given. Viewers will still be thinking about what they saw in a movie that seems so simple, but is layered to leave you questioning.