Review of "Altar" by The Headless Critic 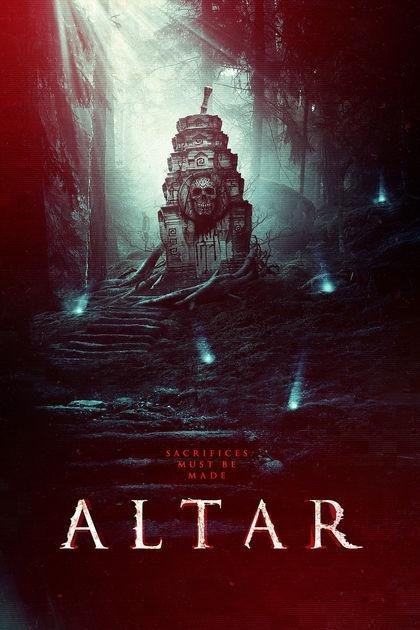 A found footage, double negative, slasher with a twisted ending. The movie opens with a short, found footage teaser. We then skip to six months later where socially fragile teen, Bo Marks (Jesse Parr) who has Asperger’s syndrome and is struggling to move on from the death of his parents. Trying to help her brother, Maisy Marks (Stephanie Estes) invites him to go with and her and her college friends on a road trip, unknowingly camping in the same vicinity where the opening short took place. In the short and feature, the potential victims are warned of their impending doom. It both, they don’t heed that warning.

Found footage films are done to death, especially in the horror genre. It’s not a filmmaking technique I hate but there have been very few that are good. If you are going with the found footage aspect of first person films, you have to make me suspend disbelief that I’m watching something real. From the openings short, Altar never grasped me as real. Shot well for a shaky cam movie, the acting wasn’t bad but also wasn’t suspending disbelief into realism. The score was done cleverly for the film style. The twist ending wasn’t groundbreaking, perhaps because the film didn’t grasp me, but it was fun. I did enjoy the open aspect of the end.

“When faced with a test of survival, there are 7 rules. Do you know them?”
1. No traveling
2. Don’t breakdown
3. Don’t get lost
4. Stranger danger
5. No hanky panky
6. Don’t go exploring
7. Never touch anything
“Follow the rules or die.”

When faced with making a first person film, there is one rule. Do you know it?
1. Make me suspend disbelief that it’s real.
“Follow the rules or die.”