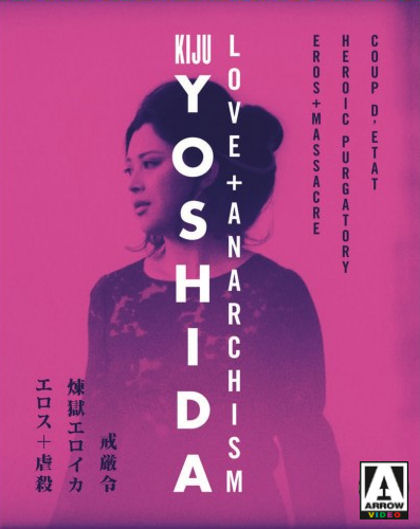 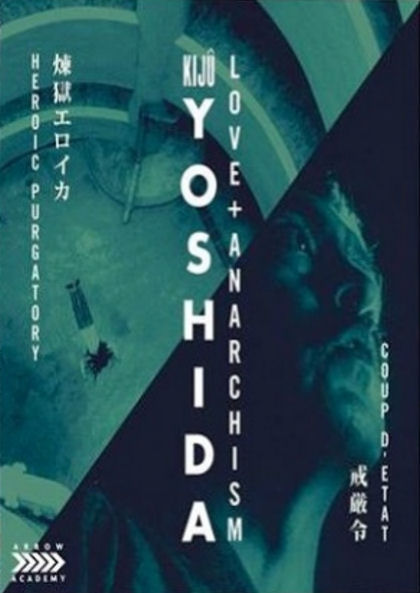 The second part of a loose film trilogy known as Love + Anarchism. These three films are united by their political and free love themes. Heroic Purgatory is a story of Nanako (Mariko Okada), who returns home with a lost teenager Ayu (Kazumi Tsutsui), whom she picked up off the streets. A man claiming to be the teen’s father attempts to get her back. As this modern day story plays out, Nanako’s husband tells the story of his past when he met Nanako in a time when he was involved in radical politics. Past, present and future explore the early 1970’s political radicalism in a changing country.

The second part of the Yoshida non-trilogy takes the surrealistic Eros + Massacre to a dreamlike level. Heroic Purgatory takes a simple narrative, of complex political issues of a country’s revolution. Similarities of a country’s past and present are compared, telling a symbolic story in abstract, arthouse form. Once again, Yoshida take a story worth telling and loses its entertainment value with another arthouse exhibition of a film.

Special Features:
The Love + Anarchism box set from Arrow Video is an impressive 7 disc anthology covering 3 films and is packed with everything. Excellent restoration with updated subtitles for accuracy, scene select commentary, this box set includes theatrical trailers for each film. This film is introduces by it’s director. Also included is a procedural documentary which includes commentary by Director Kiju Yoshida. New discussions of Yoshida’s works are also presented here with Yoshida expert and author David Dresser who’s found throughout the special features.

4 out of 5 Horror Filled Features