Review of "The Ice Cream Truck" by The Headless Critic

Production by: Look at Me Films
Distribution by: Uncork’d Eentertainment, 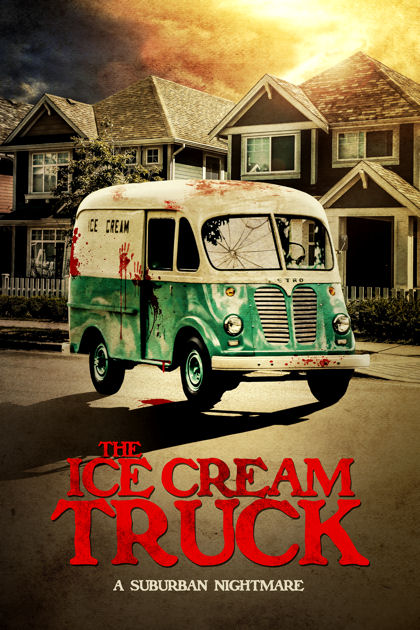 Mary (Deanna Russo) moves back to her suburban hometown, staying alone for the first few days while waiting on her husband and daughter to join her. Hometown nostalgia and being family free whisks Mary from her soccer-mom mentality to the care-free teenage mindset of when she lived there before. She decides to enjoy her alone time, getting to know her neighbors, going to parties and flirting with the neighborhood teenage lawn boy. She soon finds that the dangers of her big city life can’t compare to the suburban terror riding around on four wheels, as a maniacal jingle plays from the ominous looking ice cream truck.

From the concept to the cover I wanted to see The Ice Cream Truck coming around my corner. The Ice Cream Truck arrives under a bit of false advertising but more so natural human assumption of what the film will be. Written and directed by the granddaughter of Elmore Leonard, Megan Freels Johnston provides more than your typical blood and boobs horror in her second feature. Freels serves up at least three scoops on this cone. The base scoop is Mary who seems to be going through a bit of a mid-life crisis. Then there’s her creepy Delivery Man (Jeff Daniel Phillips) who’s just a little too inquisitive about a woman staying alone. To top it off there’s a killer driving around in an Ice Cream Truck.

Growing up in the 80’s I have a weak spot in my heart for slashers and I enjoyed this one. The oddest pace I’ve seen in a slasher film in a while. It may be a little too slow for your typical fan but I do believe there’s an audience for it if they find it. It felt like one of the more off beat horror movies off the 80’s & 90’s that were just a little too slow for mainstream but are remembered fondly by all. The supposed teenage love interest looking almost as old as Mary did lose a bit of the intended aspect of a forbidden love, leaving Mary to simply seem like an immoral wife and mother. The offbeat, scary but friendly portrayal of The Ice Cream Man by Emil Johnsen was perfectly fitting for the films pace. He was the best part of the movie. Phillips as the Delivery Man was also very intriguing as well and perhaps a story there is still to come. Normally I would say, more kills, more blood, more fun but I think if the film messed with any of those aspects it would change the dynamic of it that I enjoyed.