Review of "The Documentary" by Jason Minton 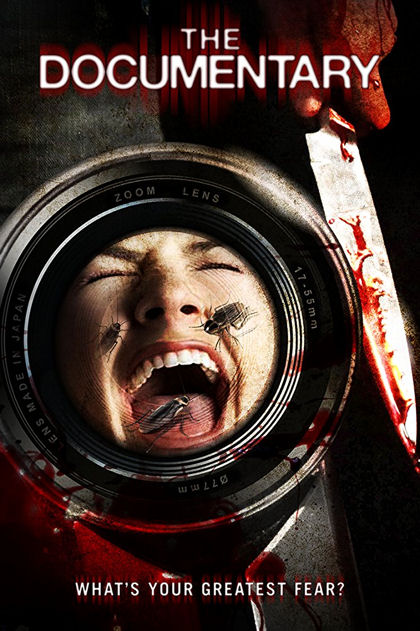 "What's your greatest fear?" “Documentary” filmmaker D (Aaron Dembski-Bowden​) plans to find out as he searches for the perfect subject to participate in his next film on a study of fear. His search ends at the beautiful Sandra Novak (Tristin Rupp) whom he selects as the star of his next filmmaking project. Sandra is about to find out what it takes to make a documentary. She'll be forced to face her greatest fear of being choked to death when D decides to turn her fear into a reality.

This Documentary is a first person film that’s under the guise of being found footage. Don’t let the title fool you, it’s all movie. Shot in documentary form, it’s a silver screen version of a snuff film that focuses on storyline instead of pornography. The Documentary we get is a low budget, first person with two central characters and few other actors besides the occasional victim. While it’s not believable that this is anything more than a movie, the few actors used do fine jobs, especially Novak. This Documentary peaks at the females brought in to strip naked and die. From audition tapes to sex workers, the realistic actresses used in the film provide a wide range of practical women that one would find on an actual serial killers hit list.

The Documentary is reminiscent of a movie I really enjoyed, Elijah Wood’s version of Maniac. While it doesn’t dig as deep into the mind of a serial killer, doesn’t have the same production values or multi-layered story, it’s still an enjoyable, mostly realistic watch. If it had just been a film instead of attempting to suspend disbelief as an actual documentary, it would have avoided a missed note of unneeded realism and left for an even more enjoyable movie.