Review of “The Elf” by Jason Minton 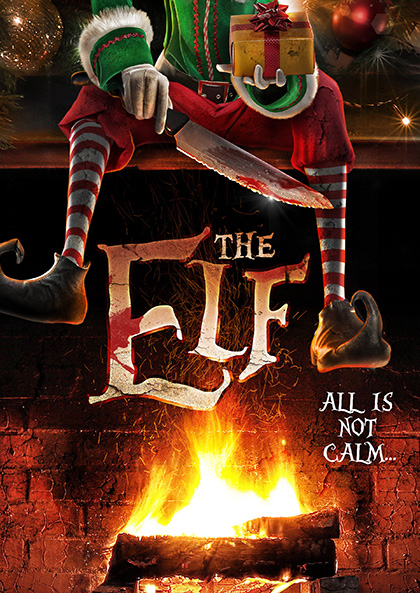 “All is not calm” this Christmas. When Nick (Gabriel Miller) inherits an old family toy shop, he and his fiancée Vic (Natassia Halabi) find The Elf on a shelf who’s carrying a naughty list to die for. Past trauma has already left Nick with a hatred of the sacred holiday. “Whoever accepts this gift will be the soul of its contents.” There’s no redemption this holiday season because this family heirloom is out to turn the bright white snow a deep blood red.

The Elf on a Shelf is creepy enough that it was only a matter of time until someone turned it into a horror movie. Writer/director and horror movie machine, Justin Price wraps up a miniature little gift in a supernatural slasher to stick under the tree this holiday season. In the modern day vein of the Puppet Master, Demonic Toys and Chucky himself, Price creates a little Elf of killer proportions.

In a throwback to the 70’s and 80’s The Elf goes largely unseen. A move that's underutilized in today’s horror. I absolutely love scenes of the little guy wielding his knife under the door and cutting his victim as he saws his way out of a box. It’s reminiscent of the good parts about the old Child’s Play movies. The demonic Elf voiceovers add a creepy note to this tiny killer. The voiceover is overused but is also menacing fun. When the evil Elf is seen, he appears to be a mixture of CGI, stop motion and a stand-in doll. CGI often ruins movies for me but there’s a pleasant enough mixture to create an enjoyable killer Elf on a budget. I know it’s obvious when they use an actual doll that it isn’t moving. Watching actors wrestle around with an inanimate object amuses me to no end as being a thing of terror and is the best incarnation of The Elf for me.

I did have an issues with the CGI blood from this little ankle slasher. It’s such a simple effect that could have easily been done practical, yet what we get takes the viewer right out of feeling the terror in this holiday horror. The real burnt cookie on the table for Santa this year is the acting. Both lead actors Miller and Halabi seem to be formidable at their craft but their performances in The Elf lack the emotion a horror film needs. The permanent duckface on Halabi isn’t onscreen friendly to being frightened. Gabriel Miller portrays an inept Nick as someone who’s emotionally stunted or drugged up to the point of being void of emotion. His chance to shine is in a powerful scene where he’s losing it on the bathroom floor. Shaky camerawork is found in a few scenes spotting the film including this one, which takes away the scenes realism and potential.

Seeing what Price can do when practical really makes me wish he would try the old school way of filmmaking. I would love to see what he can accomplish without sore thumb animations. For those of you out there who can’t get enough budget CGI, The Elf is a menacing little holiday film to fill your blood soaked stocking this holiday season.