Watching Movies - A Haunting in Salem

Review of “A Haunting in Salem” by Jason Minton 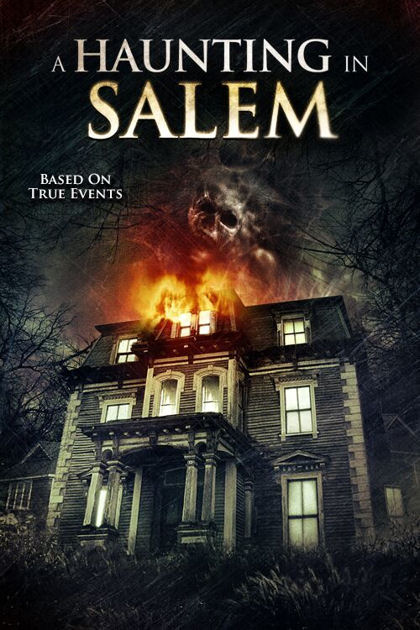 There’s a new sheriff in town and the witches of Salem couldn’t be happier. Wayne Downs (Bill Oberst Jr.) has taken the job as Sheriff in Salem, moving into a beautiful historic home. The seventeenth century witch trials still haunt this sleepy little Massachusetts town including the house the Sheriff just moved his family into. The ghosts of the witches of Salem have a taste for Sheriff blood and it’s up to the new tenant lawman to protect his family and stop them. “Based on true events.”

It seems like every little town is getting their own “A Haunting” film made these days. Salem would have to be up there for top towns to be haunted in film form. The Asylum which brought you the popular Sharknado series, brings you this latest bewitched tale. I’m personally not a fan of budget CGI films but this haunting has a little more than that to offer. Everyone dies within the first five minutes of film setting up a premise that’s enjoyably simple. The start of the movie shows you how the story is going to repeat itself. Bill Oberst Jr. brings an appeal to his character that will suck you in regardless. He proves once again why I’m a fan in this starring role.

Supposedly based on “true events” of a family who moves into a haunted house that just so happens to be in Salem. The witches come out for this one. Production values are low, filming mistakes can be found and the budgeted CGI is at times cringe worthy. Otherwise the film looks studio professional. The performances are strong. The story if refreshingly familiar but different and there’s a few practical scenes to please any old school horror fan like myself who enjoys a good hanging. If not for some limited use of mood killing budget CGI, I would have enjoyed this haunting film even more. As it was, it still exceeds my sharks flying in tornadoes expectations.