Watching Movies - Your Flesh, Your Curse

Review of “Your Flesh, Your Curse” by The Headless Critic 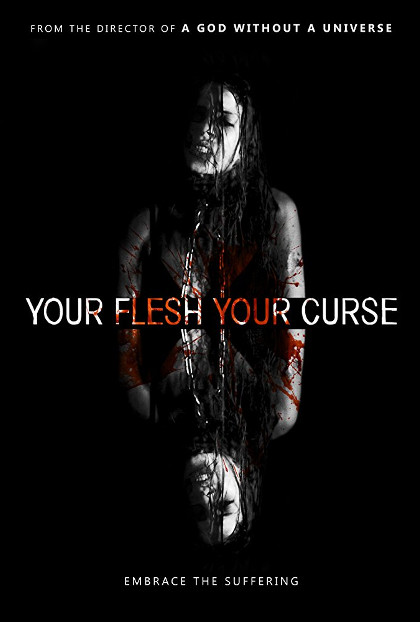 Review Chapter 0:
Her name is Juliet White (Marie-Louise Damgaard Nielsen) and this is her curse, our curse.

Review Chapter 1: The Existence of Your Flesh, Your Curse
Danish director Kasper Juhl successfully brings his creation to life and death via a crowd funded Indiegogo campaign. The English language Your Flesh, Your Curse is an art house shot, brutally sexual, violence towards women display of a tragic life and equally tragic afterlife.

Chapter 2: A Guide
A father unforgivably abusive in every way, a daughter living her life trying to cope with his actions. A sinner begets a sinner. She was trying to forgive him, fuck him. In life, everything is fucked. Every creature in this world is meant to die alone. Life will go full circle. Does forgiveness await those who are a product of their own life? One day she met him. His name was Max (Frederik Carlsen). He killed her. A life wasted isn’t truly lived until rebirth after death. He brought her nothing but pure love. It’s time to live again.

The Bad: An incoherent story of mixed scenes shot for imagery are barely held together by an excuse of Judgment Day. The crowd this one pleases may also be thrown off by the paced art house filming style for such a movie.

The Final Chapter: Full Review
Troubled Juliet meets as brutal an end to life as she lived. The afterlife is no better. A masked figure awaits her in limbo forcing to relive a life of repressed memories forgotten for a reason. She lived a life cursed by the beauty of the flesh and those who lost their humanity for a taste of it.

Overall, storytelling needs to be a little tighter. I understand that too much polish on an indie film of this nature may lose what defines it. Without being chiseled Your Flesh, Your Curse is left on the verge of iconic horror greatness as an almost perfect carving of what mind-altering horror can be but instead just doesn’t quite look right.