Watching Movies - Eyes of the Roshi

Review of “Eyes of the Roshi” by The Headless Critic 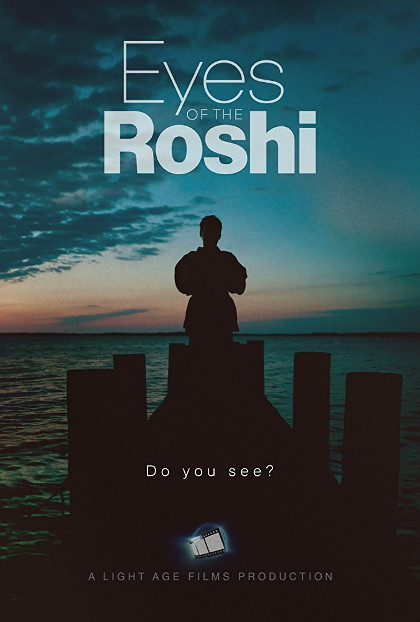 A childhood love, a violent act, a life devoted to revenge. When a young man finds the love of his life raped and murdered, he sets out on a mission to avenge her loss. He trains himself into a weapon, seeking out those who took her life. Crossing countries from Saigon, a forty year obsession culminates in a small American town.

Master Adam Nguyen, Yoga and Karate instructor extraordinaire steps into a familiar role of other films such as First Blood’s John Rambo and Dalton of Roadhouse. Master Adam’s Roshi is a fish out of water that’s lethally trained to put Smalltown, USA in its place. Enough is enough and these small town yokels are gonna send him home to wherever that is! Or at least they'll get their asses kicked trying.

With a language barrier as deep as Jackie Chan and a filming budget that doesn’t allow a plethora of takes to get it right, Master Adam’s line delivery is slow, probably more realistic than I want to admit and enjoyable on a level I can’t explain. His martial art skills however do not miss. Over refined, big budget choreography doesn’t exist and his strikes look better for it. Unfortunately the unprofessional impact on his adversaries does not look as crisp with cutaway scenes and clipped together contact.

Ethan Marten gives a stand out performance of crazy, playing The Hitman, the baddest in a small town of bad guys. Jonathan Marten equally impresses in an odd, almost comedy relief character in Marty. Eric Roberts also shows comedic timing as another offbeat, almost bumbling bad guy Booker. Budgeted action aside the biggest adversary for most viewers may be the acting beyond that. Most of the townspeople look the part but give unrefined performances. I actually found this combination worked better than cookie cutter actors playing roles they just don’t fit. Larger audiences may not be as understanding or appreciative.

First time feature director and co-writer Jon Mark Neil utilizes a smaller half a million dollar budget to create a modern day “Kung Fu” movie reminiscent of late night versions of the 1970’s. For every scene budget wouldn’t allow, it’s almost as if Nail turned to films he grew up with to at least make it enjoyable for the viewer who can appreciate that. Even the audio in the film which is uneven at times, works under the guise of the modern day adaptation of the genre of film he created. Eyes of the Roshi transported me through time to an action film we don’t really see that much of any more. It actually captures the feel of the movies I watched as a kid which may just be it’s most difficult accomplishment.