Review of "The Legend of Boggy Creek" by The Headless Critic 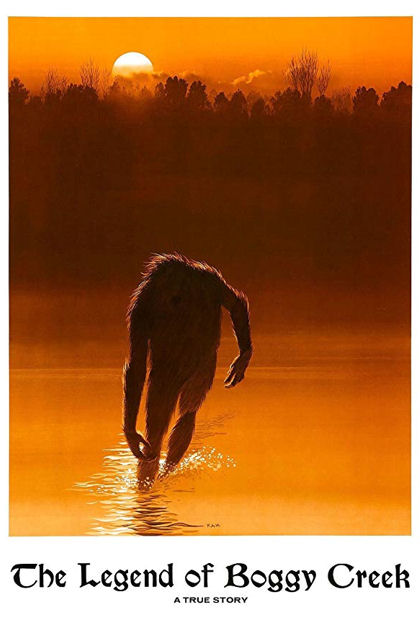 “Half-man, half-beast ... a mysterious creature has been stalking the woods and waterways near Fouke, Arkansas since the 1940s” These are “The True Story of the "Fouke Monster" as told by those who survived it. This many eyewitness accounts does not lie. You have reason to fear, you have reason to lock your door at night. The monster is real. “The Monster Is Loose!”

The original Blair Witch project may have come from a tiny town in the backwoods of Arkansas. This Boggy Creek legend uses documentary footage with narration to tell a story with a partially scripted feature that’s so poorly acted you simultaneously can’t tell its acting but can tell it’s fake. It’s a cheap way to make a movie on a budget when you have no budget and boy does that lack of a budget show.

It may have been an innovator of its time. It seems every other month a new documentary style horror film is being released today. Innovation doesn’t equal quality. Just as The Blair Witch Project today wouldn’t have the same effect it did in the 90’s when people thought it might actually be real, I don’t think the marketing ploys of The Legend of Boggy Creek transfer over to today. What’s left is just a whole lot of bad in Boggy Creek along with the question, is it real or is it fake? My personal opinion is that someone in the backwoods of Arkansas had sex with something it shouldn’t have been copulating with. There’s probably no monster whatsoever but I still believe that part is true.