Review of "Animalistic" by The Headless Critic 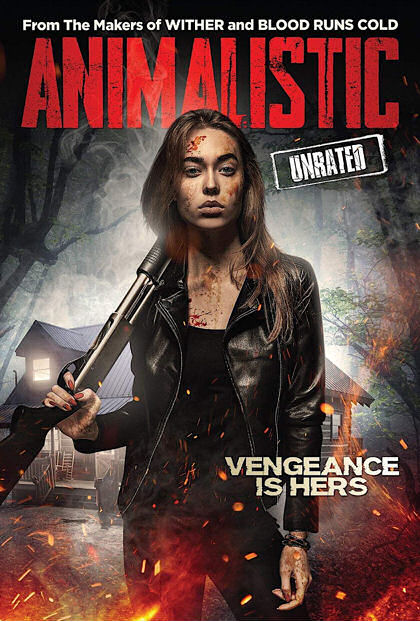 Travelers know to beware of the dangers of visiting third world countries. Businesswoman Emma (Hanna Oldenburg) never thought she’d be in danger when travelling to Australia. Kidnapped and confined to the most barbaric of basement prisons, Emma is at the mercy of madmen Jim (Ralph Beck) who treats her body like his wonderland. You must do whatever it takes in order to survive but without escape is that a life worth living for?

Darkly shot and grittily filmed, the fifth feature from filmmaking trio Sonny Laguna, Tommy Wiklund and David Liljeblad is brutal. It’s hard to watch for all the right reasons. If you are weak of stomach or violence against women, this is definitely not the movie for you. Hanna Oldenburg's character Emma, lives in the confines of shit and piss and takes it like a champ, literally. Some of the performances in the film don’t come off realist but Ralph Beck’s bare, rapist role is disgustingly wicked meaning he did his job well.

A cinema version of a SNUFF film, this is a trailer park throwback to movies like Strangeland and 8mm, when Hollywood first discovered the existence of SNUFF and tried to make them their own. This movie lacks such sophistication and is more Animalistic for it. It’s a modern day version of I Spit on Your Grave that’s closer to the original than the remakes ever got. I don’t know that I can pay the film a better compliment to what they intended.