Streaming Review of "Terrified" by The Headless Critic 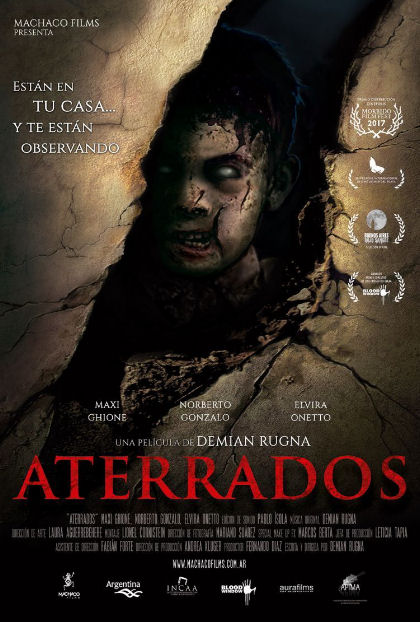 “Darkness and light, two realities sharing the same place at the same time.” When looked at first you may not see but skew your angle and in the darkness it’ll be.

When his wife Clara (Natalia Señoriales) heard a voice coming from the sink, she knew she was going to die. Juan (Austín Rittano) didn’t believe her, who would? That night he followed the banging, followed it to the bathroom where she was levitated mid-air, bouncing off the walls to her death. There was no one else in the house.

Across the street a retired medical examiner Jano (Norberto Gonzalo) has been called in by the city commissioner Maza (Mai Ghione) as a last resort to explain what’s happened in the neighboring house. Four days ago Alicia’s (Julieta Vallina) young son died. Today the boy’s decayed body was found sitting at the dinner table in front of a bowl of cereal and a glass of milk. Responding officers swear they saw him move.

Next door, Dr. Allbreck (Elvira Onetto) who’s made a name for herself study the paranormal has been called by a resident who seems to have gone missing. He was emphatic about Dr. Allbreck helping him, and then his calls stopped. Now when she rings his intercom someone answers but whoever it is doesn’t say a thing. The entire neighborhood seems to be haunted.

The group of investigators with reporting officer Rosentock (George Lewis) begin examining the strange happenings on the suburban street. Commissioner Maza tries to give an explanation to the inexplicable events that are occurring in a neighborhood of Gran Buenos Aires. Together they will try to reveal the mystery before whatever evil that's lurking on the street destroys the existence of human society as we know it.

A child’s storytelling of evil, with monsters lurking under the bed, people levitating mid-air like a child holding a toy and the dead arisen mummified after only four days. From dialogue to performances to the story this is a 90’s quality television production. The creepy quick cuts to something scary are sometimes predictable, sometimes offering frights. Logic is lost in scenes like an exhausted man crawling two feet away from a monster that then stops chasing him. A lot of people found Terrified the most terrifying movie of the year. I think if done in English it would have been seen as the excellent Lieftime quality horror movie I saw it to be.