Watching Movies - Between the Trees

Review of "Between the Trees” by The Headless Critic 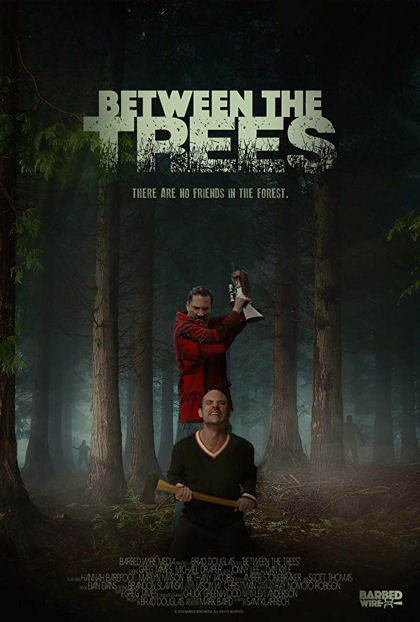 Walking out on his wife with his marriage on the verge of collapse, Steve (Greg James) retreats to the woods on a hunting trip with his three best friends. Man’s man Dave (Dan Kyle), single friend Mack (Jonny Lee), the very whipped Josh (Michael Draper) and the serenity of the woods were supposed to be a distraction from his marital problems. Instead they find their Jeep disabled with giant footprints surrounding their cabin. Miles from civilization the only thing they can do is hunt what seems to be hunting them.

The second feature of director Brad Douglas is a deep woods hunt but what is hunting and who’s the prey? A small cast with a localized setting, its lower budget filmmaking doing it right. I enjoy and admire the casting of middle-aged men in this independent production instead of the Hollywood norm of movies about twenty and thirty-somethings.

The Sam Klarreich script is at first sought predictable. How many low budget horror movies have we seen in the woods? Thinking outside the box, the characters survive scenes you thought surely meant their death from a killer that might be bigfoot, might be inbred hillbilly or just maybe something else. Limited on experience and production values the most impressive thing between these trees is it keeps you on your toes, taking directions you don’t expect that are outside the Hollywood box.