Review of "Feral” by The Headless Critic 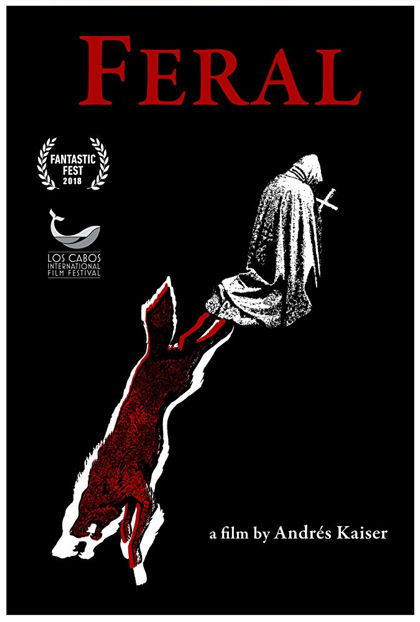 “People say you shouldn’t live alone in the woods. Being surrounded by savage nature drives you insane. I don’t think the outside matters as much as the inside. That is more tortuous to look inside yourself, to look at your soul and face the horror.”

On August 23rd, 1987 Priest Juan Felipe de Jesus Gonzalez (Hector Illanes) began his video journal documenting his progress with a feral child he found while living in the forests of Oaxaca, Mexico. The burnt remains of the shelter they lived in and the video tapes documenting his attempt to re-integrate the child into society are all that remains. Through VHS tape diaries and interviews with those surrounding the case, the truth of what happened to the feral children of the forests of Oaxaca are shockingly revealed.

First time feature film director Andrés Kaiser successfully suspends partial disbelief in a documentary, found footage combination. Documentary style interviews about the life of Juan Felipe de Jesus Gonzalez are very realistic with some performances perhaps improving through subtitles. The found footage VHS tapes are what gives the film away as being scripted but they’re still highly entertaining. The slow pace tells a story in a creative and perfectly layered horror film out of Mexico that may have a slow start but by the end it gets a little Feral.