Review of "IT Chapter Two” by The Headless Critic 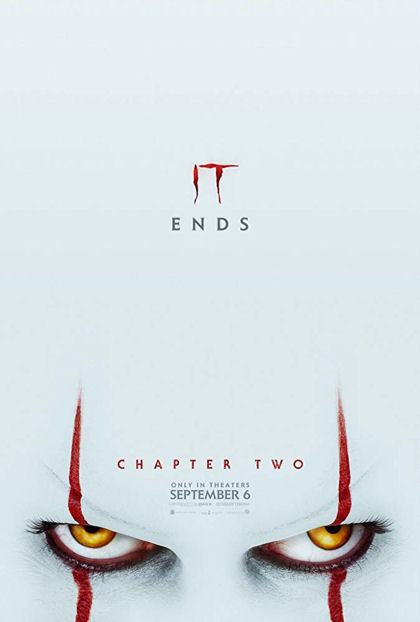 Every twenty-seven years a monster taking the form of a clown feeds on the terror in an area now known as Derry, Maine. As one by one the children of Derry go missing, a rag tag group of “Losers” that battled the monster as children come back together to protect their almost forgotten hometown. Seven adults have been given the call to come home and fulfill the promise they made to themselves as children, descend the sewers once again and face evil where IT lives. Come on down, we all float down here.

The 1990 mini-series focused on dual stories of the same group of losers some 27 years apart as both children and adults. The children of the 1990 Stephen King adaptation shined brighter than their adult counterparts. Director Andy Muschietti comes into his sequel tasked with trying to make a story of adults battling an evil clown seem more dangerous and more interesting than them as children battling and surviving the same clown. Bill (James McAvoy), Beverly (Jessica Chastain), Ben (Jay Ryan), Richie (Bill Hader), Eddie (James Ransone), Mike (Isaiah Mustafa) and Stanley (Andy Bean) make up an excellent cast of adult Losers to take on Pennywise (Bill Skarsgård). No matter the cast of characters, terror in a child is never matched to that of an adult, especially when facing a killer clown.

Andy Muschietti’s IT remake was a bigger hit than anyone expected. The two hour film failed to fully capture the bonding of childhood friends and the importance of imagination as found in the book and in children across the country. His follow-up film that's been planned since the beginning has a nearly three hour runtime going back to childhood to further elaborate on the children’s bond and imagination missed in the first feature to further tell their adult story. It would have worked better if most of the childhood flashbacks where part of the original film cutting down on Chapter Two's runtime and filling the gaps that were missing in the original. Pennywise gets even more screen time this time around but Bill Skarsgård excels once again as the scary clown making its overexposure work. His transformations are completely CGI, and while it looks excellent I still would preferred something a little more practical. I don’t know why every monster Pennywise poses as has to be eight feet or taller.

The jump scares that frightened amateur horror audiences in the first chapter seem a little lacking in IT 2 pouring buckets of blood at the screen to make up for it instead. Inserting professional comedian Richie Tozier (Bill Hader) into the middle of a bunch of murders adds a layer of comedy that’s too thick for a horror movie that murders children. 2017’s IT was one of my top horror movies of the year. The adult sequel is good but just like the 1990 mini-series and Stephen King’s book itself, children fighting a monster is and always will be scarier than adults no matter how talented the actors are.

While Chapter Two might not be in my top five horror films of 2019, I highly recommend everyone interested in seeing IT go to your local theater and see IT how IT’s meant to be seen, on the big screen. Support horror by buying a ticket and more horrific things will come.