Review of "Deviant Behavior” by The Headless Critic 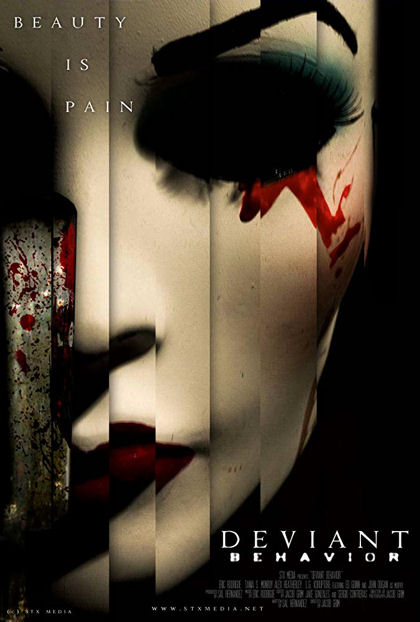 They say there’s someone for everyone and Dr. Walter Firley (Alex Heatherly) has found his soulmate in Hunny (L.G. Koruptore). She always knows what he wants. Pain is beauty as Hunny is going to make sure you find out. This odd couple shares a weird fetish of murdering and dismembering women. She’s an artist who likes to paint in blood, he likes to watch with lotion in hand as she sculpts her masterpieces. All love is beautiful, even the deviant kind.

When police are at a loss for the numerous disappearances of the town’s ladies of the night, Detective Murphy (John Dugan) knows a lowlife P.I. Charlie Reese (Eric Rodrigue) who has a weakness for working girls that may be able to solve the mystery of the missing prostitutes. His girlfriend Roxy (Tania Monroy) is a prostitute after all. He has friends on the homeless community like Al (Ed Guinn) who keep him connected to what's happening on the streets. Saving the underside of what’s going on in this city may be a mystery this private dick doesn’t want to unmask.

A big tattooed man in a lady’s mask cutting up beautiful women is a memorable vision of horror and an excellent opening to such behavior of director Jacob Grim and writer and producer Sal Hernandez’s second horror feature together. The Texas based filmmakers bring in a couple of legends from The Texas Chain Saw Massacre in John Dugan and Ed Guinn who are both nice to see. Eric Rodrigue is the most unlikely of leading men which is something I enjoy as he plays the sleazy detective just right.

Some scenes like the whiskey bottle falling to the ground and finding a reason to say everyone’s name when their character is introduced is a little too in your face at getting the point across. Subtle is usually better as the two time feature filmmakers will probably find out as they further their careers together. Deviant Behavior lives on the streets with the drug addicts, prostitutes, the homeless and the deviants making the gritty indy filmmaking work well within the script. It’s low budget, independent filmmaking but it’s also filmmaking that has fun, with a couple of cool cameo's that are used well and a stand out killer.