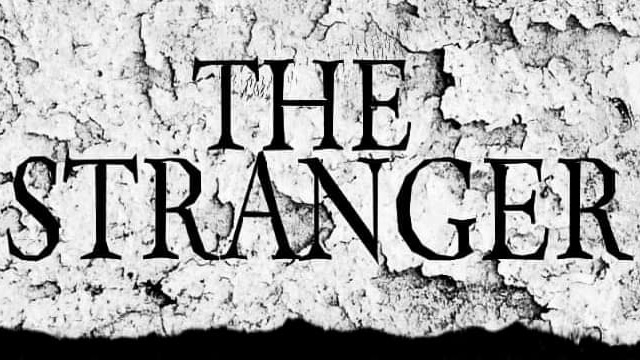 "The Stranger"
review by Diablo Joe 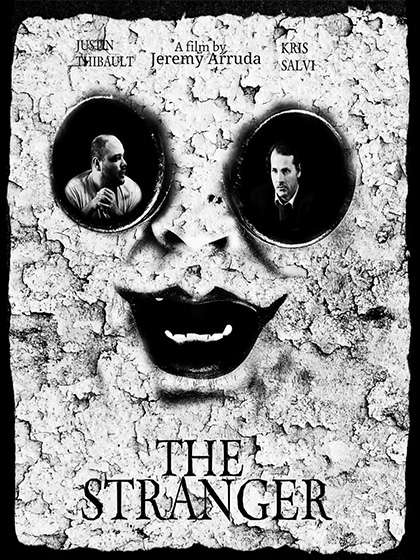 Short films, particularly very short ones, often live and die on their performances.

Written and directed by Jeremy Arruda, starring Justin Thibault and Kris Salvi, “The Stranger” succeeds because the simple but effective exchange between two seated characters sets a tone for the horror to come. Though both actors are excellent, it’s virtually a monologue. Thibault shoulders the brunt of the film as a man pondering his sanity and tormented by the visions of a young girl and a disturbing stranger. He effectively grabs the audience’s hand and pulls them along his mental journey to hell.

Arruda’s script is straightforward, giving his actors precisely what they need. And his direction, coupled with Robert Mills B&W cinematography, sets the tone nicely. An opportunity was missed, perhaps, when the film moves from its static indoor setting to the outside world. Thibault’s character describes a sense of vivid colors in his account and seeing that could have been an effective contrast to the stark monochrome of the rest of the film. No matter, the well-placed scares are still there, and they still jolt.

"Not currently available for rent or purchase at this time"

Nice Post, You really give informative information. Thanks for sharing this great article. http://www.wemcafeecomactivate.com/ |